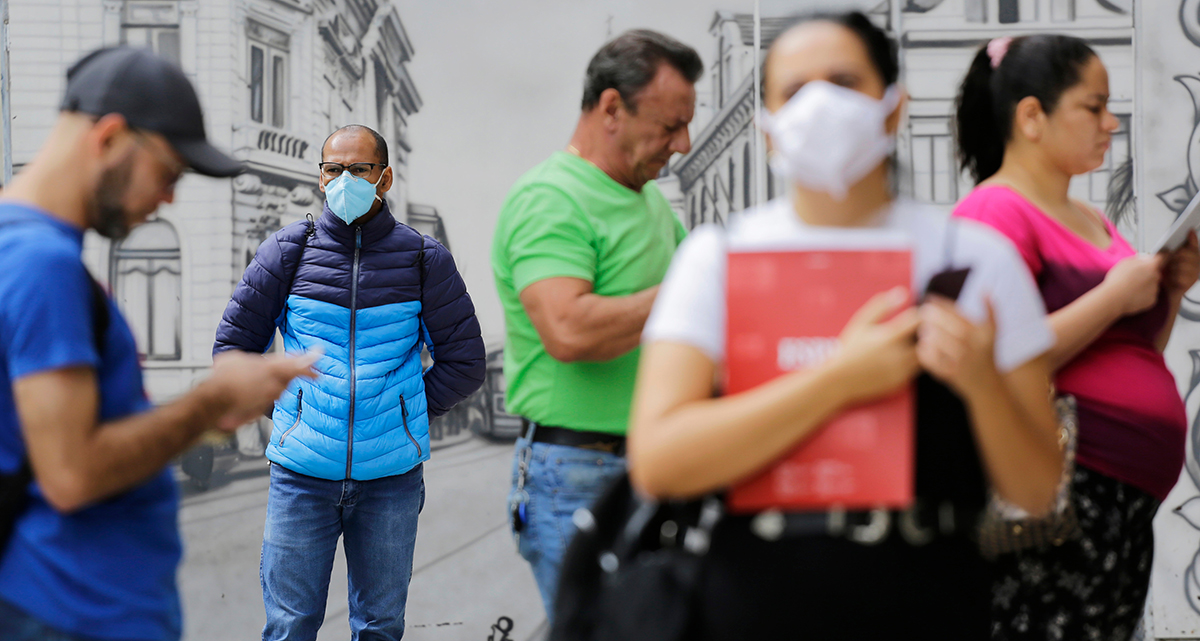 A Tale Of Two Countries: How Marketers and Advertisers Can Bridge A Multi-Crisis World

Imagine if only half of the country had experienced the Great Depression or World War II. Imagine if only half the country experienced September 11, while the rest lived in a safe, protected, and secure environment that didn’t experience such a horrific tragedy.  Speaking to those two different groups of people after such game-changing events would prove difficult.  That, in a nutshell, will be a unique challenge of marketers and advertisers following COVID-19 and today’s cultural crises. According to a Rogers & Cowan PMK study, those divides now simply compound a riven society where conflicts and divisions already run deep across gender, race, ethnicity, religion, and income.  We were a country divided before, even if we didn’t acknowledge it; now, we’re seeing each of those divisions amplified and extended while a new one emerges from COVID-19.  This is four-dimensional, crisis-based chess if ever that were possible.

How brands speak to those divided audiences, to reach them and grow their relationships with them, will be the next hurdle.

For example, while all consumers are experiencing the economic and social trauma of COVID-19, those experiences differ in drastically different ways.  The virus had a substantial and disparate impact based on income level and race; that phenomenon has been well covered.  But some of the largest determinative characteristics are also actually of geography and choice. For example, both Democrats and Republicans who reside in Arkansas, a state that never issued a stay-at-home order, live a very different experience than those of both parties who call New York City home. Similarly, people across the United States made different choices, regardless of geography.

According to a Rogers & Cowan PMK study, only half the country is responsible for what we see in the headlines.  For example, only 44% of people have tried stay-at-home fitness, and 40% have tried a new hobby during COVID-19.  Streaming is up over 60% according to Nielsen, but only 55% are responsible for that entire increase.  That divide continues across almost every behavior, from cooking to gaming to do-it-yourself activities. Two groups of people made two very different choices, even down to the basic question of how, where and when they will start spending their money.

A divide doesn’t stop with past behavior. According to the same study only half the country wants the same things moving forward.  For example, 57% will wait go to a bar later in the year, while 43% want do so in the first month of restrictions being lifted.  Only 54% of people polled feel more comfortable with facemasks, while the rest would prefer to do without.

As the entire country re-opens, every business and government must be cognizant of the divide facing this country – and choose how and when they’re going to accommodate differences.  Whether you’re in fitness or entertainment, finance or tech, dozens of key insights should drive consideration of marketing and business development. And while half the country has been on lockdown for months, and the other half only did a few weeks, that’s not the only divide to make decisions around.

The “old divides” of politics, race, and income are still there and well-documented.  And there is no more wiggle room.  People want answers, and now, even if you’re not ready to give it to them.  And if you misstep, your problems are compounded, as you have to go even further than you otherwise would have had to.  As you think about your move, be aware that one wrong move can stop you in your tracks.  And the move you make needs to lead with empathy, honesty, and understanding.  Know your values, and your facts, and be clear up front.

Then, on top of the old divides, know which half of post-COVID-19 America you’re trying to appeal to, or if both.  Half of Americans did “more,” and did “new” at home.  68% cooked more, 42% played more video games, 49% listened to more music, 55% did more social posting, and 56% went the “DIY” route.  And while one half went to the hobby market, the other half did not.  As you ponder your next move, make sure you know which part of the population you’re trying to appeal to—those who did more, or those who stayed the course.

While the country is coming back, some of it won’t…yet.  Just over 1/3 of the country is ready to engage with other people in the first week of “Shelter in Place” regulations being lifted, another 1/3 will be ready to engage in the first month, and all others prefer to wait until the end of the year.  Make sure you allow room for all three to operate on their terms – don’t force your consumers into decisions they aren’t comfortable with.

Safety is paramount, as is wellness.  And that means physical, and emotional safety.  A little over half of people would feel more comfortable with facemasks when in public, and 62% want social distancing. But for the others…Not so much.  Consumers are also looking more than ever to see where you stand on their own personal morals and emotional safety: does everyone, including marginalized communities, feel welcome?  As brands and companies re-open stores, restaurants and businesses, brands need to make sure they accommodate those who are looking for visible signs of protection, and those who are not. And they need to know how far they can and are willing to go with audiences from different backgrounds.  And when those who want masks, or believe in racism, run into those who don’t, and the two customer bases directly conflict with each other, brands need to be ready to know who they side with, or prepare to lose both.

Above all else, however, it’s important to remember in your marketing plans that even though this is strategy, these are also people.  And you need to be people-first and do the right thing.  Too often, our businesses have simply run after the numbers; today, that’s no longer good enough.  If you don’t put the people first, there will be no numbers to chase.  Be on the right side of history, safety, and health, or you may find yourself not only in crisis-mode, but in bankruptcy court.

These are just a few of the key consumer trends and insights in a new crisis-driven world, so as brands and businesses ponder their next move, they must remember one important fact: You’re making decisions for two countries, not just one. If you try to wobble between the two, or are indifferent to the divide or the risk it poses, your business and relationship with consumers could suffer drastic consequences. The U.S. is composed of two peoples. Two groups of individuals who experienced COVID-19 very differently, two groups who view our cultural strife very differently—and both wish to address the future differently. Make sure you understand and plan for both.  If you do it, you can actually succeed in bringing the country together, while also serving the needs of your business and consumers.  And that’s something we can all get behind.

< PREVIOUS
NEXT >
GO BACK

Got a new opportunity? A great idea? Let’s talk.